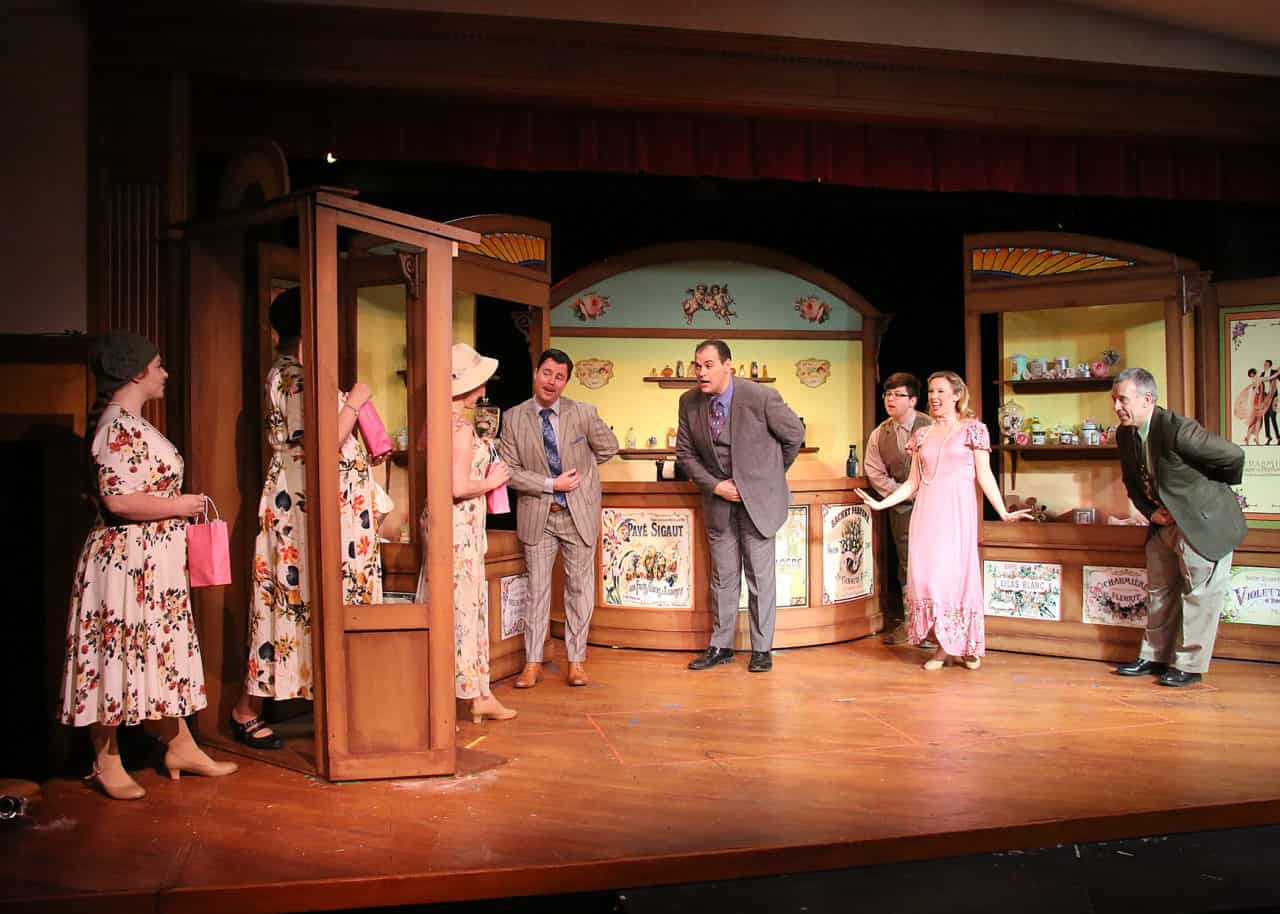 “I go to quite a few plays locally (and occasionally in Boston or New York) and in the “local” category, this was one of the best I have ever seen. The acting, the singing ( voices), the story were all  SO GOOD. Costumes and set added to the production. Best time I’ve had at the theater in a long time… ”  Beth Ellis

The Reviews are in!

Directed by David McCarty with Musical Direction by Maggie Bossi.

Considered by many to be the most charming musical ever written, She Loves Me is a warm romantic comedy with an endearing innocence and a touch of old world elegance. Set in a 1930s European perfumery, we meet shop clerks, Amalia and Georg, who, more often than not, don’t see eye to eye. After both respond to a “lonely hearts advertisement” in the newspaper, they now live for the love letters that they exchange, but the identity of their admirers remains unknown. Join Amalia and Georg to discover the identity of their true loves… and of all the twists and turns along the way! (Music Theatre International)

Into the Woods was first rate! You and your actors were able to tap into the essences of each character and let them shine! Each movement was like it was choreographed into dance- no movement extraneous. Duets were perfection. Thank you so much for your work. Best wishes for a long run as Artistic Director!