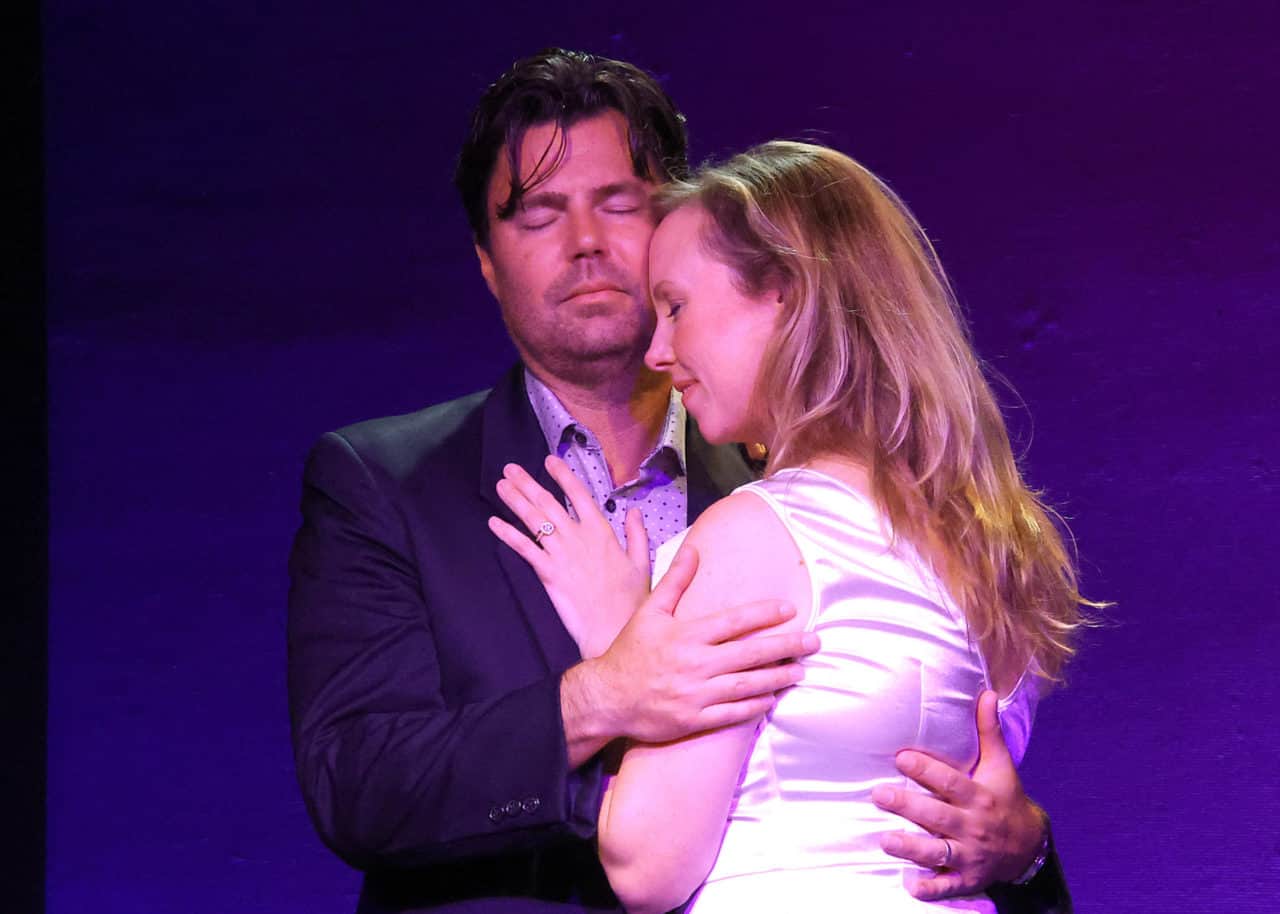 Eventide Theatre Company returns to the stage with The Last Five Years.

The Gertrude Lawrence Stage lights up again with a return to live theater featuring some of the Cape’s favorite performers!

An emotionally powerful and intimate musical, this show features the powerful casting of Beau Jackett and Rebecca Riley in this tale of two New Yorkers who fall in and out of love over the course of five years.  The show’s unconventional structure consists of Cathy, the woman, telling her story backwards while Jamie, the man, tells his story chronologically; the two characters only meet once, at their wedding in the middle of the show.

Playing the role of Cathy, a struggling actress, has been on her bucket list since first being introduced to this musical. She was last seen at the Eventide Theater Company playing Scout Finch in To Kill a Mockingbird and as Illona Ritter in She Loves Me.

An Outer Cape native, Beau has appeared in many local productions, and was most recently seen as Jerry in Edward Albee’s The Zoo Story at Cotuit Center for the Arts. He last appeared on the Eventide stage as John Wilkes Booth in the musical Assassins. He was named a favorite actor by Cape Cod Times reviewers in 2010, 2014, 2018, and 2019.

Steve returns to Eventide Theatre Co after having directed the sold-out hit, Aaron Sorkin’s “To Kill A Mockingbird” in Nov 2019.

He has been performing/directing on Cape Cod stages since 2008, most recently directing the CCftA 2020 season opener “Arsenic & Old Lace” and “Zoo Story” in Sept 2021.

Kevin is originally from Cape Cod, MA where he staged Beauty & The Beast in pre-school and hasn’t looked back.

He grew up performing, taking piano, and singing in Symphony and Carnegie Hall and was accepted into the theatre program at The Hartt School. He finished his degree in English Literature at Hunter College in NYC while studying acting with master teacher Harold Guskin.

Jason Robert Brown’s Drama Desk winner, The Last Five Years, has been translated into a handful of languages and was named one of TIME Magazine‘s ten best shows of 2001. A testament to the show’s longevity, and spurred by the show’s regional popularity, The Last Five Years enjoyed an Off-Broadway revival at Second Stage in 2013.

Twain by the Tale HA!

Donna, that was one of if not the best theatre experience I’ve ever had while on Cape Cod. Seriously, bravo to you!!